Minneapolis, Minnesota is one of the coolest places to visit. Not because Prince used to live there, but because it just has a really cool vibe. And to witness St. Anthony Falls and the Mighty Mississippi River in person is awesome! This was my first time back in Minneapolis in about 3 years. And at that time, they were just starting to build the Minnesota Vikings new football stadium, which went by the “acting” name “New Minnesota Stadium”. The stadium is complete and is now named US Bank Stadium. This is the most awesome architecturally-structured stadium I have seen so far in my travels. And for me, being there when it was first being built, and now seeing the finished product is a cool feeling. I arrived in Minneapolis at dusk, so this was the perfect opportunity to check into my hotel and head out over to US Bank Stadium for some night photography.

Arriving at US Bank Stadium, I was awestruck to see this art piece! I’ve seen it on television while watching a Vikings game, but was even more thrilled to see it in person. Out front is the Legacy Ship and Mast lit up in Minnesota purple. After spending quite some time at US Bank Stadium, I walked over to The Commons park to take photos of the well-lit Minneapolis downtown skyline. From there, I headed back to my hotel to get ready to kick things off again in the morning. 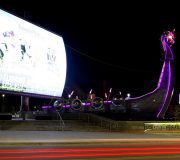 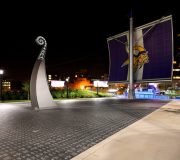 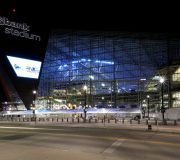 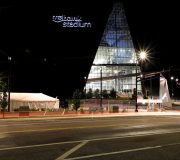 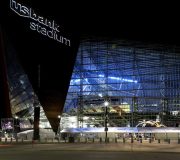 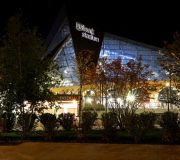 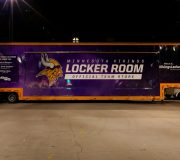 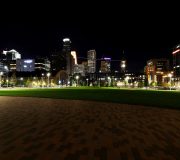 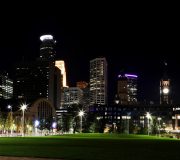